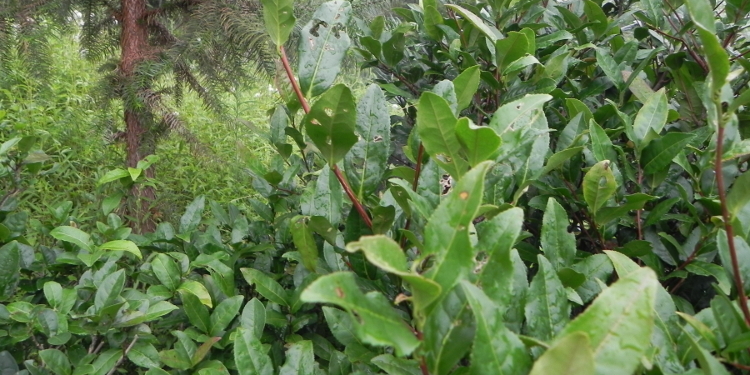 “Wild tea” is one of these notions which sounds good, but the meaning and benefits of which are not immediately clear. In this post, we explain what wild tea is, and what it is not. We also clarify why it is a sign for quality.

Tea, as we know it, is the result of domestication

All tea plants descend from an original wild plant that has been domesticated centuries ago.  Although this original plant is now extinct, fossils of it have been found in Yunnan province. Supposedly, its taste was very bitter. In the region of Bangwai (邦崴), in southwestern Yunnan, there is an old tea tree which has been identified by scientists as an intermediate tree. It is half way between the original wild plant and nowadays tea plants. In that sense, there is no such thing as wild tea, only one half-wild tree.

Over the years, however, some plantations have been abandoned and left to themselves. These tea plants and the younger plants issued from them are wild in the sense that nobody looks after them, except for picking. They are often difficult to reach and grow freely among all kinds of other vegetations.

Not the same as ancient tree

The notion of wild tea has a somewhat similar, but not identical, meaning with that of ancient tree tea. While the youngest wild plants are often too small to be picked, many wild teas become quite old. On the other hand, many ancient tea trees grow in plantations that have always been looked and cared after. They can therefore not be called wild.

Compared to plantation plants, untended tea plants are not submitted to the same stresses. Their environment is also more rich and diverse. While their output is nowhere near that of plantation plants, their flavour is all the more intense and rich.

Rather than the ultimate attribute of quality, wild tea is one aspect of it. It has to be considered in combination with other  quality criteria.