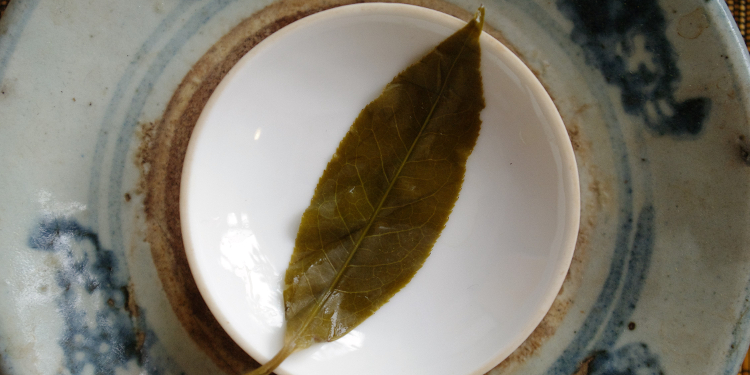 Pu’er Tea (普洱茶) is a famous dark tea variety from Yunnan Province.  It takes its name from the place where it used to be exchanged and dispatched onto stretches of the Ancient Tea Road. Nowadays the administrative area of Pu’er City is much larger and also covers places of tea production. Because of different styles of romanisation, it is also spelled as “Pu-erh”.

Pu’er Tea is exclusively made with material from the big leaves tea plant varieties that grows naturally in South West Yunnan.  Locally people distinguish between “small leaves” and “big leaves”. However, these smaller leaves are still much bigger than for examples the leaves used for making green tea in Sichuan Province. Unlike other varietals, they will grow into real trees (not bushes) when older.

There are four productions areas, or terroirs: From north to south:

Pu-erh is a compressed tea. This is a sort of tea processing that dates back to a time, when tea had to be transported on the back of mules. It is hard to say exactly when the production started. We can say for certain, however, that during the period of the Qing Dynasty (1636-1912) it was appreciated at the imperial court.

As Yunnan is tea’s place of origin, tea has been used there as a medicine and beverage for a very long time. Pu’er Tea as we know it today (with all the production steps described bellow) is the result of the appreciation of the local tea leaves within the wider Chinese Empire. This can be seen for example in the standardization of the traditional tea cake to 357 grams.

In 1973 the pile-fermentation technique for producing ripened Pu-erh was finalized. Until then, Pu-erh was only produced in its raw version.

These are the various steps for producing Pu’er Tea:

Some of the most common compressed shapes are round and flat cakes, bricks, and bird nests (tuocha). Ripened Pu-erh has a distinctive brown colour. Young raw Pu-erh’s colour slowly gets darker as it gets older. The big leaves are Pu-erh’s most distinctive feature.

While the taste range is quite broad, it is, however, very distinctive and recognisable. The raw version shows a unique mix of fine bitterness, astringency, and sweetness.  The ripened version, similar to a very aged raw, has a warming quality and an earthy, nutty taste.

The picture above shows a nice leaf from a young raw Pu’er.